A Special Birthday, an Extraordinary Gift 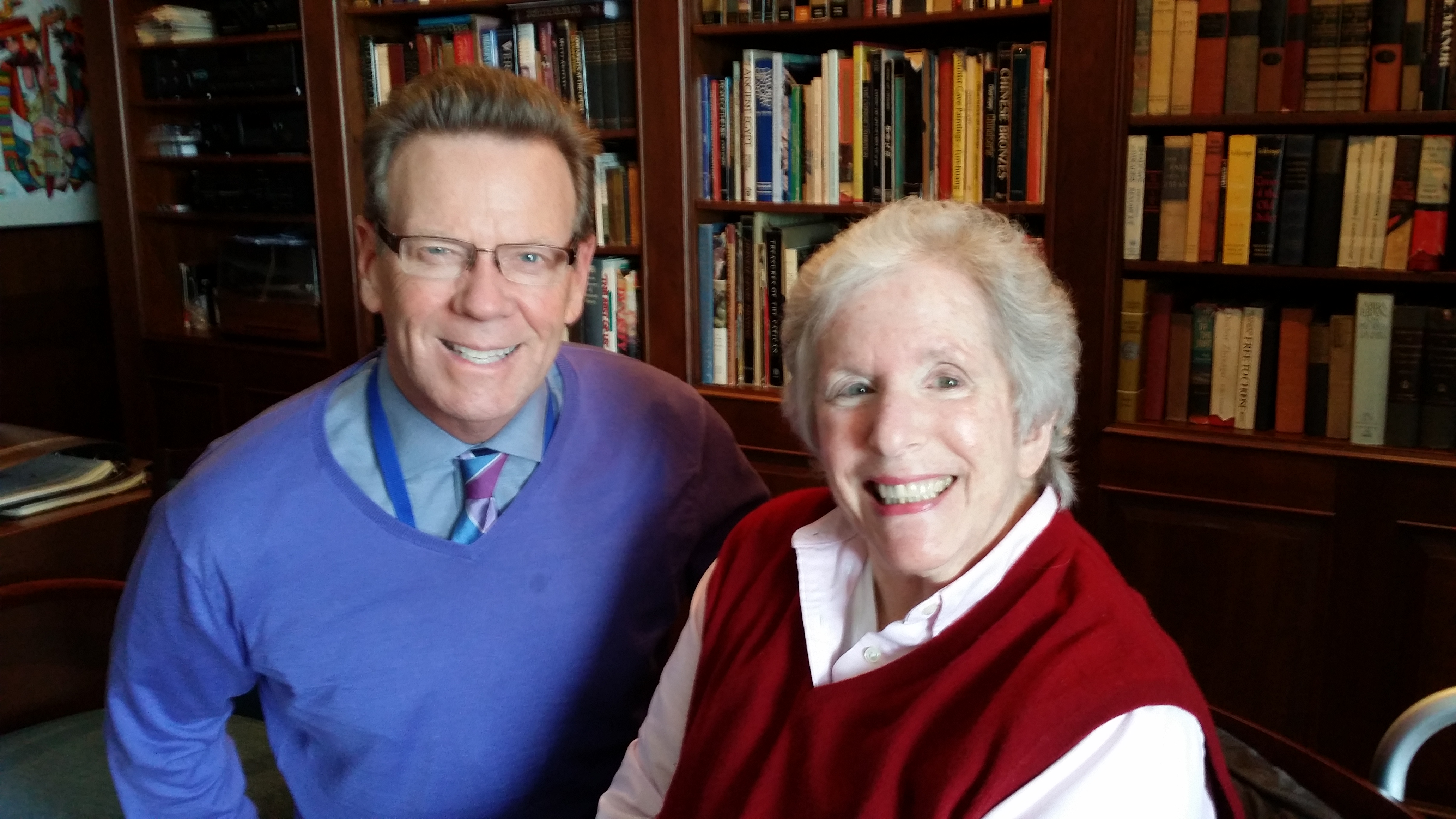 Over the course of their 50-year marriage, Bee Jee Epstine Morrison ’56 and her husband, Perry, celebrated milestones in their lives—particularly their shared birthday—by giving back. “On these special occasions, we wanted to do something that would make the lives of those around us more special,” Mrs. Morrison recalls.

With a shared love of the arts and a deep appreciation for education, the Morrisons marked anniversaries and birthdays with special gifts to the organizations and institutions they believed in. Mr. Morrison, a gifted musician, passed away in 2010. Last May, as Mrs. Morrison’s 75th birthday approached, she wanted to carry on the tradition she and her husband had shared together. “Even though Perry isn’t here, I knew what I wanted to do.”

To mark her special birthday, Mrs. Morrison made an extraordinary gift to Winchester Thurston School to endow the Perry and Bee Jee Morrison Scholarship, the first named endowed scholarship established by a WT alumna.

The scholarship fund will provide need-based financial aid to an Upper School student who would otherwise be unable to attend WT. Being designated the Morrison Scholar will be an honor, given to a student who has demonstrated not only financial need, but high academic achievement, intellectual curiosity, a passion for learning, interest and involvement in the arts, and active engagement in the community.

“This incredible gift will provide each deserving Morrison Scholar with an education that will certainly change the course of her or his life,” says Head of School Gary J. Niels. “Mrs. Morrison is living our school credo, ‘Think also of the comfort and the rights of others’ with this extraordinary endowment.”

Her recollections of being a student and parent at WT underscore the principles of academic excellence, values, and community that are the school’s hallmark. Her daughters, she says, “still rave about the education they got”—education that prepared them for the rigors of the University of Chicago, Duke, and Cornell. As for Mrs. Morrison herself: “I felt honored to be [at WT],” she says. “That I was living a privileged life because of the education I was getting.”

She recalls “doing homework all the time,” learning to diagram sentences, studying French with Madame Yagodkin, English with Mrs. Shupp, ancient history with Miss Woodbury, and history with Miss Hubbell. Respect was commanded by the faculty; girls greeted Headmistress Philput each morning with a curtsy, and stood at attention at their desks at the beginning of each class when the teacher entered the room. “I was so surprised when I got to Mount Holyoke. The professor would enter the room, and I would be the only one who stood up!” she recalls.

Her passion for art history was awakened by Jean McCullough, who became a lifelong friend. “She was fabulous,” Mrs. Morrison recalls. “Her history of painting course was far better than anything I had in college; nobody else could match her depth of knowledge. And her love of the subject was infectious. It lit a fire in me—I still have that love.” She treasures her dog-eared art history text, scribbled with notes from her classes with Mrs. McCullough, along with memories of traveling around the world with her husband and daughters, “dragging them to the museums to see everything!”

As a young married couple, the Morrisons ended up making a strong connection to the McCulloughs. “We introduced our husbands to each other, and they hit it off immediately because of their shared love of music,” she explains. Their friendship continued for the remainder of their lives.

Lifelong friendships are another hallmark of Mrs. Morrison’s WT experience and memory. Her closest friends are classmates from WT—some of whom she has known since kindergarten. Community is important to her, and extends beyond her own circle to a desire to embrace the entire WT community. “I don’t have grandchildren,” she explains. “So I like to think of WT’s students as my grandchildren, and I want to be sure that my alma mater continues to make a difference in the lives of children who want and deserve the chance for a stellar education.

But Mrs. Morrison also hopes that the generations of Morrison Scholars will not improve only their own lives, but those of others. “I hope these young people will go on to make a difference in their own communities, as well as in the broader world.”