Support for City as Our Campus

In January 2005, Winchester Thurston School announced that the Edward E. Ford Foundation had awarded the school a matching grant of $50,000 to support City as Our Campus, an initiative linking curriculum and students to the educational and cultural resources available in the City of Pittsburgh. After the announcement of the grant, an anonymous donor came forward to match it, for a total of $100,000 devoted toward this program in the Upper School.

The school used the grant to create a special fund to provide entrepreneurial teachers with resources, and a peer committee to provide technical assistance, with the goal of supporting faculty in their efforts to extend their classrooms and connect their curricula to the considerable educational, research, and cultural resources in the region.

WT teachers spawned unique educational partnerships, creating hands-on experiential units and courses that bring learning to life. In these partnerships teachers found transformative ways for students to apply knowledge, deepen understanding, and discover passions and City as Our Campus quickly emerged as an engine of innovation and imaginative teaching.

Foundation leaders were impressed with the growth of City as Our Campus and in 2008 invited WT to join a select group of 20 schools to compete for a coveted Educational Leadership Grant. The school began to envision ways to expand City as Our Campus, in a series of intensive planning sessions that involved the contributions of faculty, Advisory Board, trustees, and administrators. A vision emerged for new programming that would engage WT students more deeply as contributors to the future of Pittsburgh. WT was one of only four schools to be awarded a $250,000 matching grant in 2009. WT trustees, parents, and alumnae/i came forward with the matching funds. The resulting $500,000 enabled WT to create a Director position and turn its vision into a reality.

We offer our deepest gratitude to the following individuals and organizations who have provided major support for City as Our Campus over the years:

The Benedict Foundation for Independent Schools 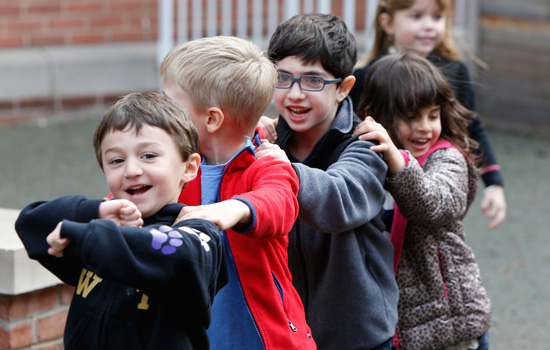