Share to FacebookShare to TwitterShare to LinkedInShare to PinterestShare to EmailPrint this page
Upper School Students Compete at FIRST Robotics World Championship
April 20, 2022 11:00 AM

This week, Junior Aria Narasimhan and freshman Amy Jin will compete in the FIRST Robotics World Championship, a culminating, international event for the youth robotics competition season and an annual celebration of science, technology, engineering, and math (STEM), in Houston as part of their team, Girls of Steel, FRC Team 3504.

Freshman Maeve Dever is also a member of the Girls of Steel team, but unfortunately, could not compete in the First Robotics World Championship due to a scheduling conflict.

Aria, Amy, and Maeve's team qualified for the world championship and excelled at regionals, winning the top two awards – The Regional Chairman's Award and The Regional Engineering Inspiration Award.

Additionally, Aria is a FIRST Dean's List Semi-Finalist, recognized by her team members as a student leader who has led her team and community to increased awareness of robotics and has also achieved personal technical expertise and accomplishment.

Best of luck to Aria (L) and Amy (R) at the world championship and congratulations to all! 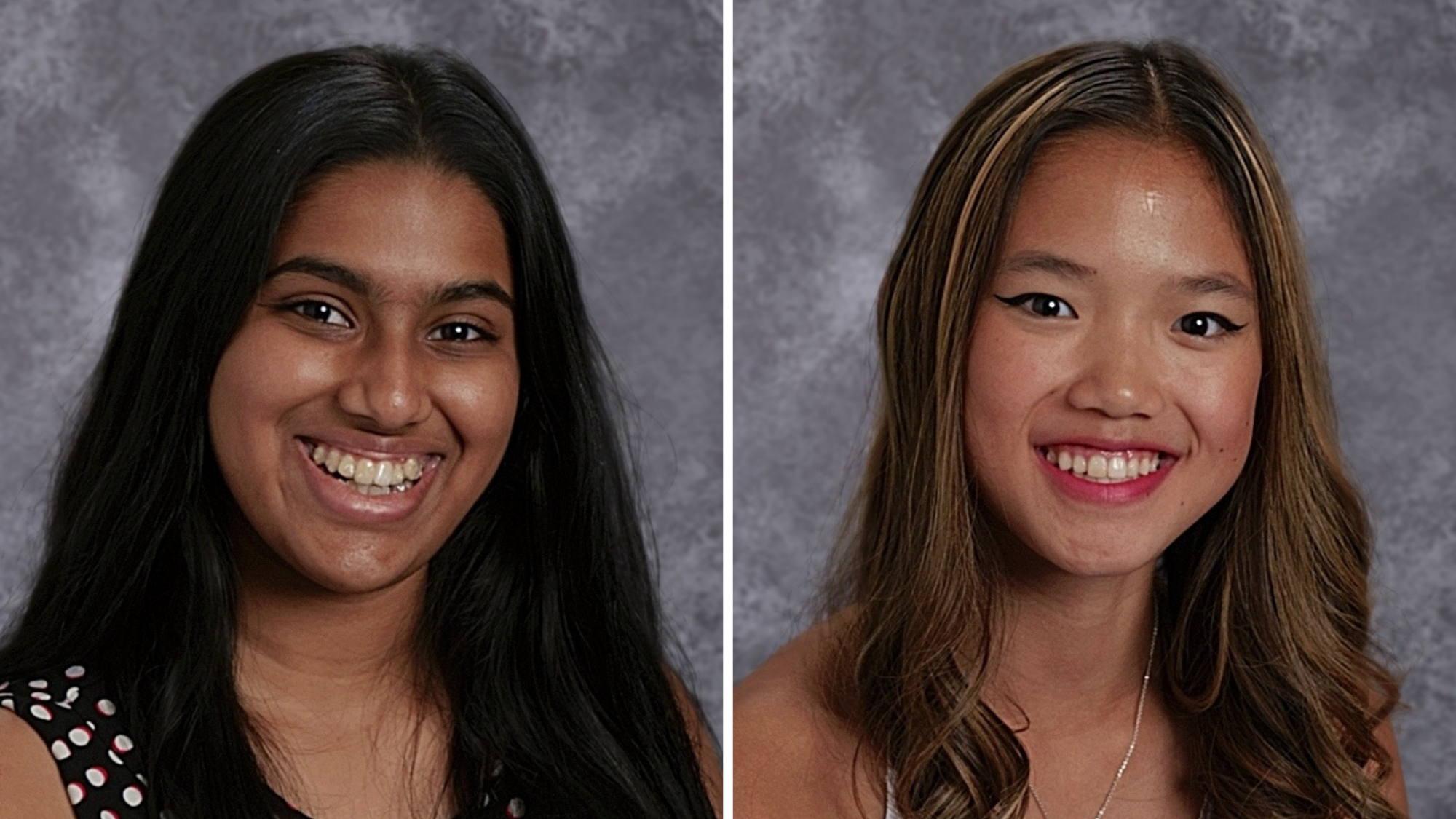