Share to FacebookShare to TwitterShare to Google+Share to LinkedInShare to PinterestShare to EmailPrint this page
Latin Students Contribute 3,000 Sentences to Duolingo Course
Aug 30 2019 1:00 PM 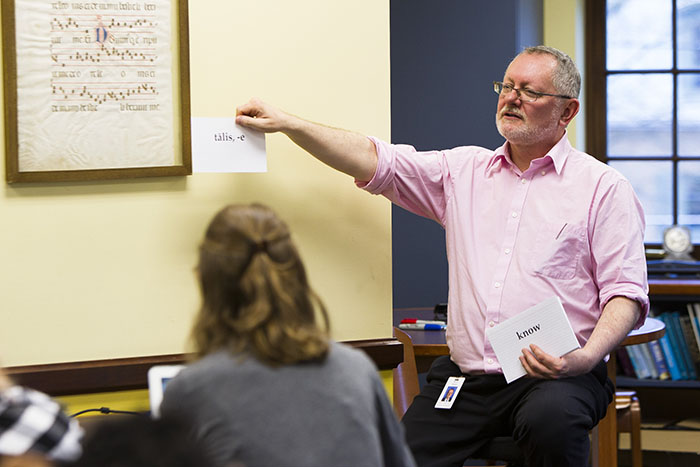 After a lunch conversation with a Duolingo employee in which Seward made a "tongue-and-cheek" case for a Duolingo Latin course last fall, Duolingo, the most popular language-learning platform and the most downloaded education app in the world, reached out and invited Seward and his students to collaborate on the development of a Latin Course, along with the Paideia Institute, in December 2018.

Following a training by Duolingo, Seward and Upper School Latin students created 3,000 sentences for the course during the 2018-2019 school year for which nearly 24,000 people signed up to be notified in advance of its launch on August 28. Students were also tasked with refining the English Translation.

We're so proud of Dr. Seward and our Latin students!

Read the full story on Triblive.com