Share to FacebookShare to TwitterShare to Google+Share to LinkedInShare to PinterestShare to EmailPrint this page
Four Seniors Named Candidates in the U.S. Presidential Scholars Program
February 3, 2021 1:00 PM

Four WT Seniors, Laura Childs, Allen Gao, Rajan Reddy, and Christopher 'CB' Roman, were named as candidates in the prestigious United States Presidential Scholars Program, which was established in 1964 and recognizes the accomplishments of some of the nation's most distinguished graduating seniors. 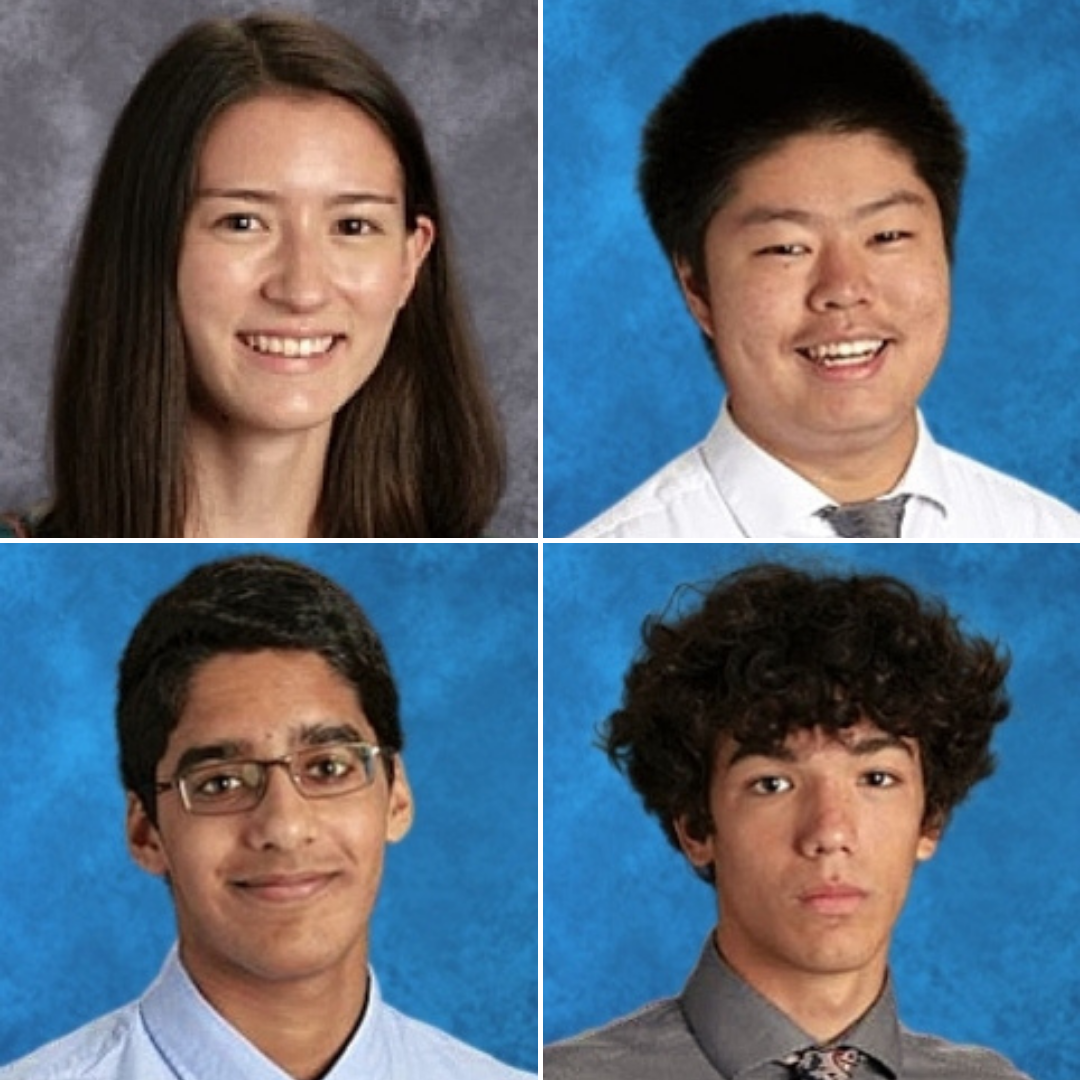 These students were chosen as candidates in recognition of their academic achievement as measured by their exceptional performance on the SAT or ACT, and are invited to apply for the program.

While the majority of Presidential Scholars candidates, approximately 4,000 each year, are selected for their academic achievement, candidates may also be nominated by each Chief State School Officer (CSSO), or a partner organization, including for Career and Technical Education or the Arts.

A review committee will evaluate applications based on the academic achievement, personal characteristics, leadership and service activities, and the quality and content of each candidate's essay, and name approximately 600 semifinalists.

If named semifinalists, these students would be included in consideration by the White House Commission for Presidential Scholars for up to 161 finalist spots, named in April. Finalists will be invited to be honored at the White House in June, if circumstances permit.